AMERICAN MAFIA is an independent band and is the brainchild of guitarist Tom Jude and bassist Freddy Villano from United States, and their debut CD, Rock N’ Roll Hit Machine, is forged from the same sonic template as their ’70s forefathers, specifically, Foreigner, Bad Company, Led Zeppelin and early Whitesnake, to name but a few. According to Steve Reid at seaoftranguility.org, American Mafia “craft an assured slice of various ’70s rock that drips with authenticity.”
For know more about the band and his history, we could have this virtual interview with Freddy Villano, the bass man. He said this… 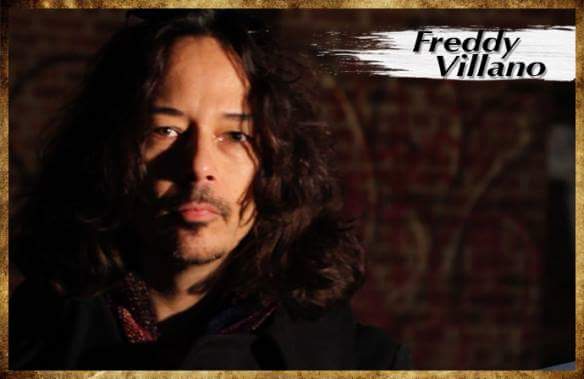 Susana -Freddy…When born the band and how?

Freddy -American Mafia was formed from the ashes of Holy Water, a band that Tom and I had in the early 90s. It also included ex-Foreigner keyboardist Al Greenwood, who produced our demo (which was eventually released as The Collected Sessions CD on Perris Records, 2009), and ex-Saraya drummer Chuck Bonfante. Holy Water disbanded in 92. We were in the studio recording with Al when Nirvanas Nevermind came out and that completely killed AOR / melodic rock. We were dead in the water, so we broke up. Then, while living in Italy in 2001 I started to recognize that there was still interest in blues-based melodic rock, even if it wasnt happening in the US. So I started thinking about recording all of the tunes that were never properly recorded back in 90 / 91. We had a lot of great material. Fast forward to 2007 and I finally managed to get Tom and drummer Bobby Marks into the studio. Randy Pratt (The Lizards, Cactus) made his studio available to us – without that we never wouldve gotten this off the ground. We initially started working with original Holy Water vocalist David Knight, but other than Living for the City and All I Need he never delivered any vocal tracks for any of the other tunes. Not that he had to re-write or invent anything, because these were complete tunes we were tackling, but for whatever reason  it was never made clear to me  he just kept delaying. I later realized he must have been dealing with some personal issues because he committed suicide in 2014. Prior to that, we gave up on waiting for Dave and decided to enlist another singer to do the record, with his blessing, but that proved challenging as well. It was very hard at that point to get a singer to commit to an entire record because we werent really a band at that time. It turned into a recording project. So, we decided to use multiple singers. In the end, it worked out great. I think everyone gave 100% and despite never hearing each others tracks, we somehow ended up with a very cohesive sounding record.

Susana -Defined the sound of the band as a 70’s classic, how and why come to that style and what have been their influences?

Freddy -We all grew up listening to (and learning to play by emulating) Led Zeppelin, Bad Co., Free, Humble Pie, etc. So, I would say that we are simply the result, or the product, of our influences. Every musician has his or her own identity though, like a fingerprint. So, even if you display traits of something that influenced you, it will never come out the same way. Itll somehow be your own version of that thing. Hopefully were not too derivative, but you cant help but channel, even subconsciously, the bands and musicians that went into making you who you are. 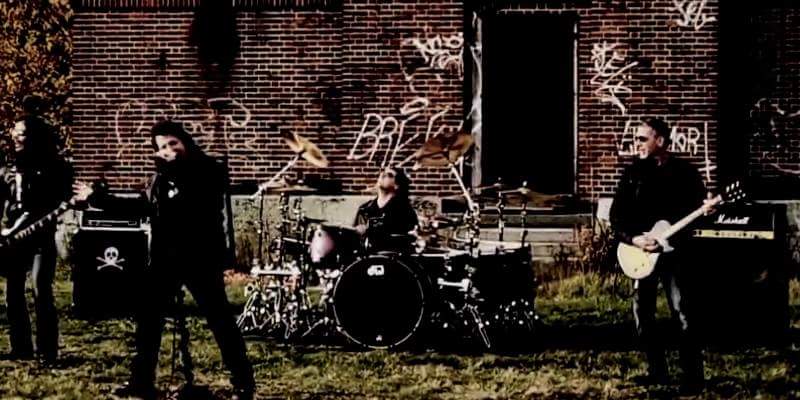 Susana -The singer of the band unfortunately dies in the year 2014 truth? How do you faced that situation as a group?

Freddy -It was bleak at first but it was also make or break. Sink or swim. Fortunately, Dave bowed out of the project before he actually passed, but replacing him was still a daunting task. His voice was such a big part of the material wed written. Tom and I werent sure wed be open-minded about hearing other people sing those songs with different lyrics and melodies. But every singer that got involved really delivered a gem. Their performances really exceeded our expectations. It also actually reinvigorated the project with a lot of enthusiasm and positive energy at a time when we really needed it. They say things happen for a reason. It wasnt our plan to use a bunch of different singers, but Im really happy with the way Rock N Roll Hit Machine turned out.

Susana -I would like to know about your disk, how it is made and who collaborated on it.

Freddy -Part of the record was made the good old fashioned way  three guys in a room making music and recording it. Tom, Bobby and I rehearsed the music for a couple of weeks and went into the studio and recorded the basic tracks. From there we used different studios to do overdubs and the singers and keyboard players used their own facilities to do their work. Rock N Roll Hit Machine definitely benefitted from advances in audio recording technology in that way. If we had to rely on everyone being in the same room at the same time, the record never would have happened. Im listed as the producer because I basically managed the entire project and got all of the singers involved. So, I felt somewhat like a movie director or something because there were a lot of moving parts to this thing. Michael Harmon did most of the editing and all of the mixing. He did a wonderful job and really had a sense of the overall project and enabled us to keep it sounding very cohesive, despite aspects of it being done all over the place. I should mention the keyboard players too, who all did phenomenal work: Jay Davidson, Mike DiMeo and Bobby Twining.

Susana -I would like to make a little history… before being part of the band, in which one or more other bands were?

Susana -How is present in the band, do you have presentations, tours, do you think about a new album? Who is the voice now?

Freddy -We are currently working on a 5-song EP titled Lead The Way featuring Don Chaffin on vocals. Don sang two songs on Rock N Roll Hit Machine: Friendly Fire and Death & Satisfaction. Don was the first singer on board after Dave bowed out and the first thing he delivered was Friendly Fire, which set the bar really high for everyone else (including ourselves). With that one song we realized that it was going to be ok without Dave. Unfortunately, Don ended up going out on tour with Red Lamb and at that point we simply couldnt wait around for anyone anymore so that contributed to using multiple singers as well.

Susana -Do you know something of Argentina? You like to come to our country?

Freddy -I dont know much about Argentina as Ive never been there, but I would love to visit!  And touring would be great! I do believe that, like New York, Argentina has a large population descended from Italian immigrants. So, that would make it feel like home in some ways. It seems like a truly beautiful country.

Susana -If you could define American Mafia with one word, what would?

Susana -Finally I ask a message for all our readers, especially for those who are learning you through this note.

Freddy -Im honored to be interviewed for a publication as far away as Argentina. Wed love to come and play for you. So, if you have the inclination, please visit our Facebook page and give us a like and then tell your friends about us. If you really like what you see and hear, we encourage you to buy Rock N Roll Hit Machine and help make it possible for us to play for fans like you around the globe. Independent artists like us need all of the help we can get, so your support is greatly appreciated!  Thank you!

By: Susana Isabel (Buenos Aires-Argentina)
Thanks to Freddy and Donna Labate for the contact, the interview and the friendship, and thanks to all American Mafia.